One chain of events...

It's funny how one chain of events can lead into something.  We love(d) our son's school.  It was amazing.  Things were rolling great.  He was going to be there until the 8th grade.  The next years teacher strived to create a relationship with each student.  Then right before spring break the head of school pulls us into the office.  It appears that the school struggling financially due to prior administration.  They will be letting go of a teacher and combine 1/2nd grade plus staff has to take a mandatory 10% pay cut.  He noted that it would be awesome for the 1/2nd grade teacher to already have a relationship with the kids.  So we ASSUMED (you know about ASSUME) that it would be the current teacher whom we adore (she is so amazing).  After spring break, we found out that they are letting the first grade teacher go.  Then the current second grade teacher will teach both 1/2nd, though parents just put up with her.  We were not happy. Then the pending 1/2 grade teacher announced her retirement.  Then we found out other information which made us more unhappy and ethically we could not go back to the school next year with a clear conscience.  We didn't want the kid to go to the neighborhood school.  Even though it's rated one of the "best" by state standards, we wanted something different for our son, such as STEM but that was our option.  Then last Saturday, the kid started AYSO in a neighboring district.  Just so happens to be the community where Chris grew up.  The kid was playing on the same field that Chris did as a kid.  Chris did a lot of volunteering with the organization to prep the fields.  He was really impressed with the people.  We get out there and everyone was amazing.  Warm, welcoming, etc.  The kids played well together, they worked as a team and they compliemented the kid at the end.  That night we were sitting in bed and processing the day together.  Chris noted "I might have to eat crow about my[hometown].  The kids and parents were amazing and I want [the kid] to go there".  Funny because when I observed that last week.  I thought the same way.  The schools also offer STEAM for all the children and they have a partnership within the community and companies to have robotics, coding, makers space, etc.  This is what the kid had at his private school but now we can get it at public? Yes please!  This sent on a Zillow search of the area.  We both looked at a home that caught our eye.  It just so happened to have an open house that next day.  We drove out to the open house and it was breath taking.  It had everything I wanted and it even looked like a modern bungalow.  So we called Chris's parents and they came out.  They loved it to.  So we grabbed the relator's information.  She noted that her clients would be okay with a continegency, which would help us.  We discussed the pros/cons of moving after we left.  We are just currently "staying" in our home.  When we moved from GR, we could not really enjoy the transition.  It was stressful, quick, etc.  Nor did we have the time to pick out a house as we had to just pic up a spec home from the builder.  Don't get me wrong, my current house is very beautiful but it's not what we wanted for our forever home.  We called up the relator and noted we were interested.  She made an appointment with us for Tuesday but we cancelled because the kid had his first T-ball game that night so she met with us on Wednesday.  She walked through the house and noted "We can sell this one fast" then we discussed the new house.  We offered a price but knowing we had another price in mind.  She presented the offer to the dream house owners and they countered at the price we had in mind plus threw in the kayaks/paddles, lawn mower, all the sun room furniture, and all the spare bedroom furniture.  Deal!  So our house is slated to list about 1.5 weeks later.  We then start to prep our home.  Yesterday there is a knock at the door and it was a realtor.  They just happen to ask if we are open to selling our house and Chris noted "yes and we are working with a realtor".  They chatted for about 10 minutes and then took our agents number then called her.  Showing on Monday, even before it listed.  Our house is currently in a majorily desired neighborhood and most houses sell within 4 days.  Decluttering is happening this weekend.  Showing on Monday, listing on Friday, and hopefully selling quick.  Here's to new adventures and hopefully getting my dream house! 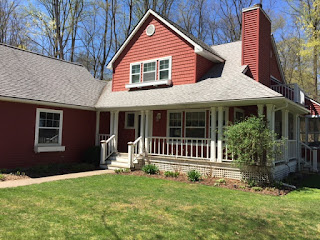 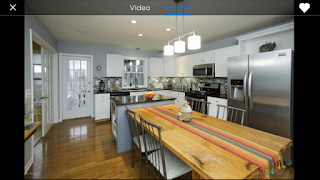 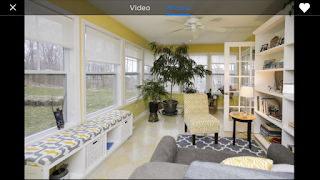 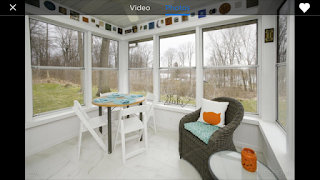 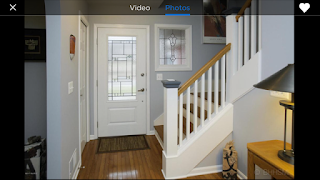 Posted by Kellie at 7:02 AM No comments:

We loved Fit Body Boot Camp so much we are no official members.  I'm down a total of 14 pounds for the month, 6" in measurements, and over 3% in body fat.  I work out a total of 5-6 times per week too.  I love the program because it never gets old.  It's 30 minutes and you are out the door.

In part of doing the Fit Body, I incoporated The Whole 30 plan.  So far, I'm 100% following the plan.  I made it through Easter with no issues.  I can walk through Costco and not stop for samples which is impressive. Woot Woot Woot!  I'm planning on doing the plan until school gets out and then add some foods in.  Here's to the next 30 days!
Posted by Kellie at 8:20 AM No comments: